Skip to content
leavinghim.com Facing the End of a Relationship

When It is Time to Let Your Relationship Go

No matter how hard both partners in a relationship may be trying, some relationships just doesn’t work out. When relationships end, people often feel bad about hurting the other person, and disappointed about their own feelings that they’ve failed.

But the fact is, many relationships do end, even though both partners have done their best and tried everything they can think of. When a relationship ends, the parties should try to steer clear of blame, fault, fear and shame.

There are some real and justifiable reasons why good people can’t get past their relationship difficulties. Here are ten common ones:

2) Secrets or behaviors were hidden at the beginning of the relationship. In some new relationships, the parties may try to hide behaviors that have had negative effects on past relationships. They hope that the new partner will be more likely to forgive those behaviors once the relationship is more established. There are some very serious issues that should be shared about up front, even though the risk is high.

But no matter the tolerance level of a new partner, there are some confessions that will certainly threaten the relationship, such as:

3) It can be hard to endure these common examples. It’s up to each party in the relationship what to share about them and when, and what to do about them.The partners have important needs that are inherently mutually exclusive. When partners first come together, they tend to be focused on the positive ways they love each other, and push away differences, hoping that their deepening love will ultimately resolve them.

But some people discover that they can’t tolerate different needs or desires, such as differing sexual appetites or the possibility of future children. These differences don’t usually arise early on in relationships. When the differences are discovered, they should be considered with mutual support and respect.

6) The couple is experiencing power struggles. When a relationship is new, both parties are usually willing to compromise. As the relationship grows, they may feel more free to express their prejudices, desires and biases more intensely. Often, the reaction to these expressions is defensiveness, and hurtful struggles replace compromises as each partner is trying to “win.” Power struggles can create frustration, anger, and guilt, and the parties in the relationship end up as adversaries.

7) The relationship becomes superficial. It’s difficult to be completely open and authentic in a new relationship. But as the relationship matures, the parties involved should feel free to share their flaws more openly and to deepen their communication. They should be willing to listen more attentively to each other. But some partners never get past superficial interactions. One or both parties may lack the capability or courage that’s needed to allow their core self to connect with their partner. The relationship becomes predictable, and will likely falter due to the shallowness of the connection involved.

8) The people in the relationship have become bored with each other. A foundation of a deepening, lasting relationship is the ongoing discovery of the other person’s external and internal transformations. It’s common for partners in new relationships not to realize that their own growth is required for remaining in love together. If a couple feels they’ve reached the end of the discovery process, they’ll take each other for granted and put less effort into the relationship. This will lead to interactions that feel habitual and dull, and the parties will likely feel trapped.

9) The relationship has stopped growing. Relationships should involve growth and learning. If a relationship isn’t growing, it may continue for a long time, but it will stagnate and eventually feel dead. There is no excitement or energy involved, which should serve as a warning that the relationship is in trouble. The partners may view each other as predictable, and feel they no longer need to pay attention to what’s going on. There are no challenges, surprises, or growth. The partners involved will feel emotionally scarred and hurt, and may lose interest in one another.

Facing the end of a relationship is always difficult. Even when parties think they’re doing everything they can to save it, sometimes it’s just not possible for them to stay together. 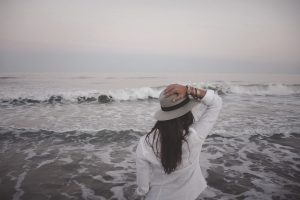